A couple of posts ago I told you that I was taking a trip up north to pick up some pillow cases from a couple of gals in my online quilting group.

This group is getting together for a retreat later this year.  The plan was that we were going to try out a restaurant that might be able to cater in two meals a day to us.... leaving us more time for sewing!  Best laid plans... turned out that the restaurant was closed that week.  I think spring break probably played a big part of that.

No worries though we did not go hungry.  Diane had already prepared a yummy salad for us..... AND she had a cheesecake for lunch.  I am so grateful that I have friends that were not offended that I could only have 2 small bites of cheesecake!!!!!

Diane stayed behind the camera....but I think you can tell from the photo below how the afternoon went.  My sides hurt for a couple of hours from all the laughing we did.  I think I am going to need to do some planks to get ready for that retreat later this year....or bring lots of Aleve with me.  :-) 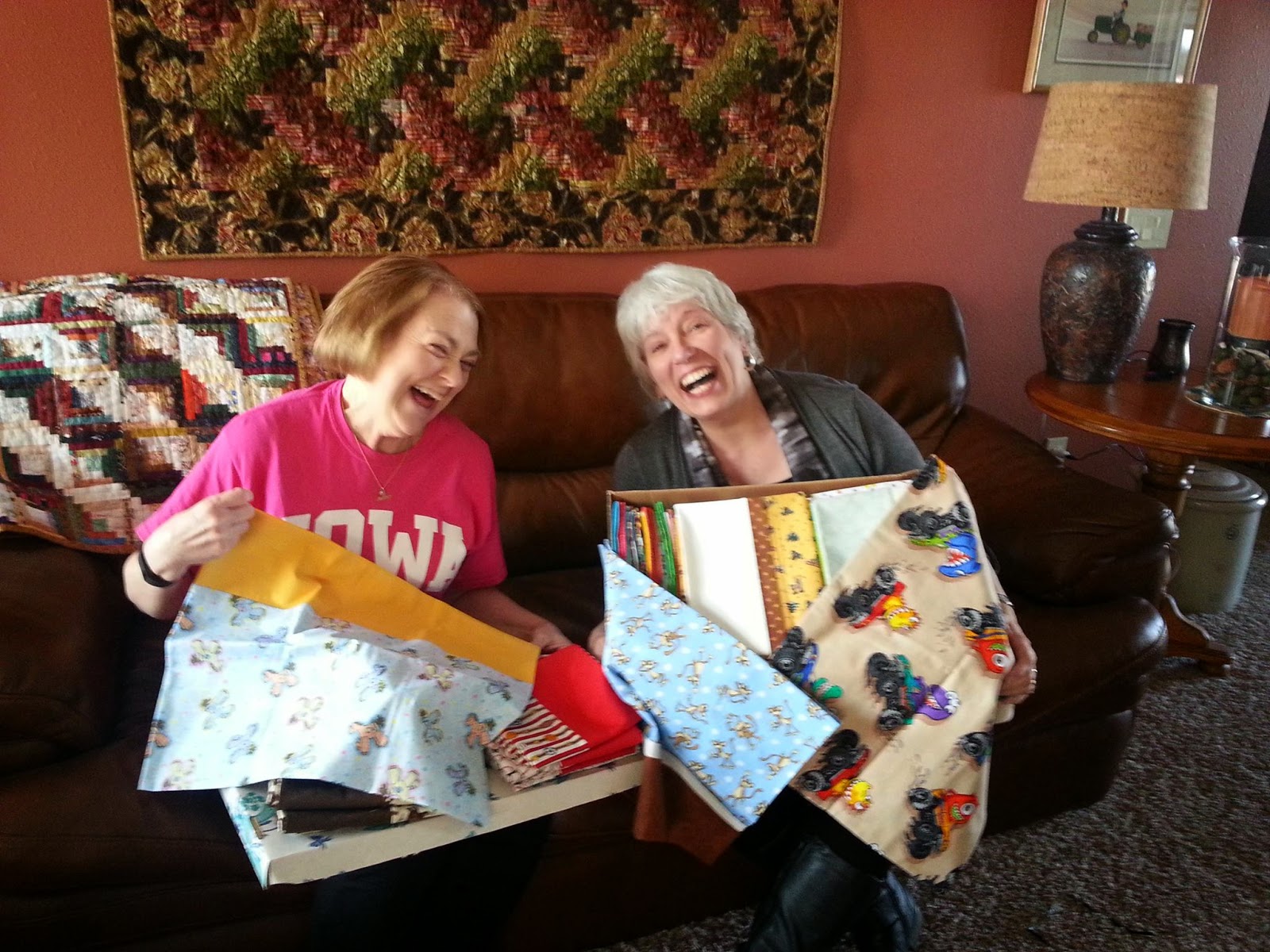 Not only did Diane play hostess for the afternoon. 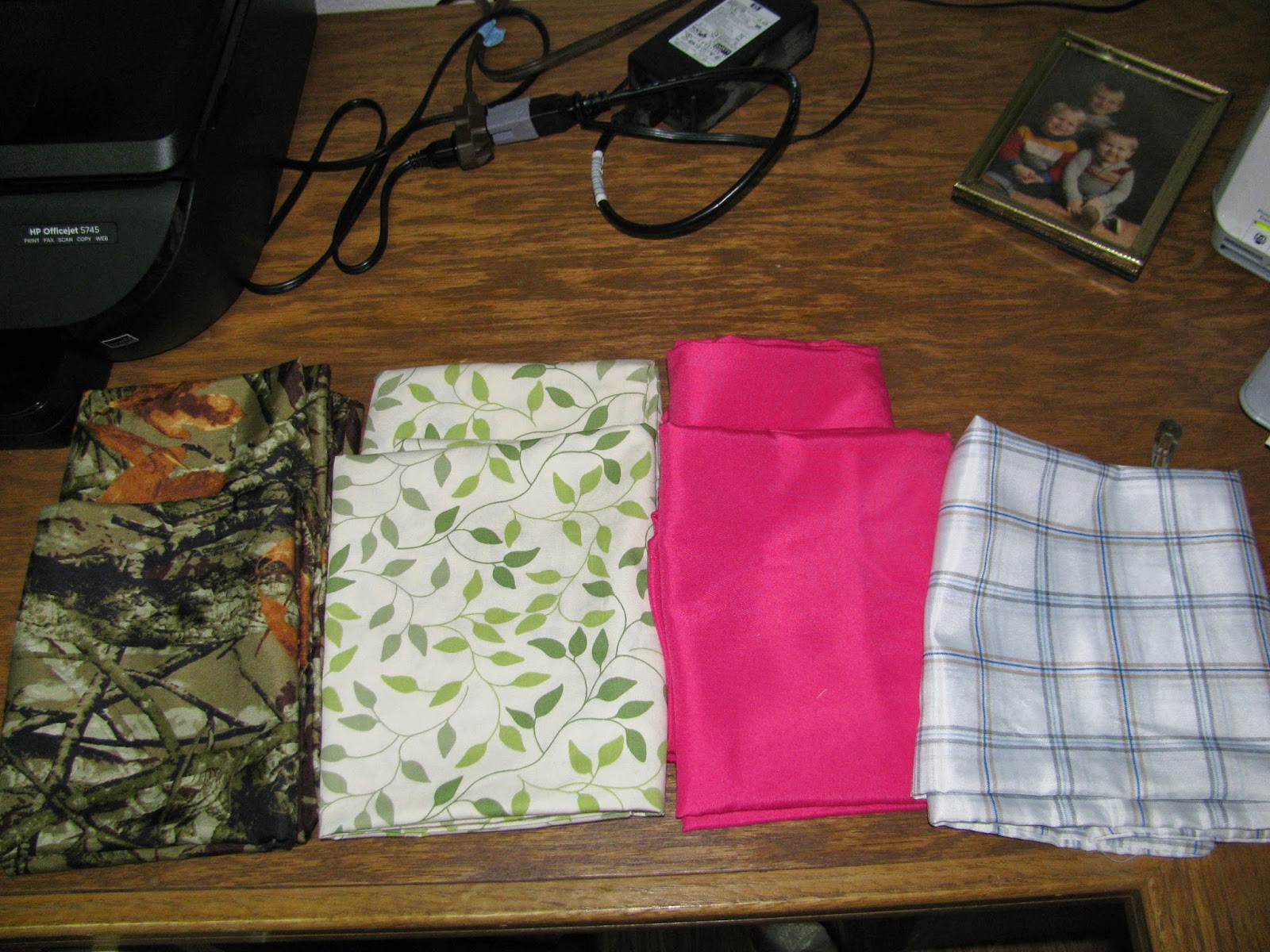 She also whipped up some pillow cases for our challenge. 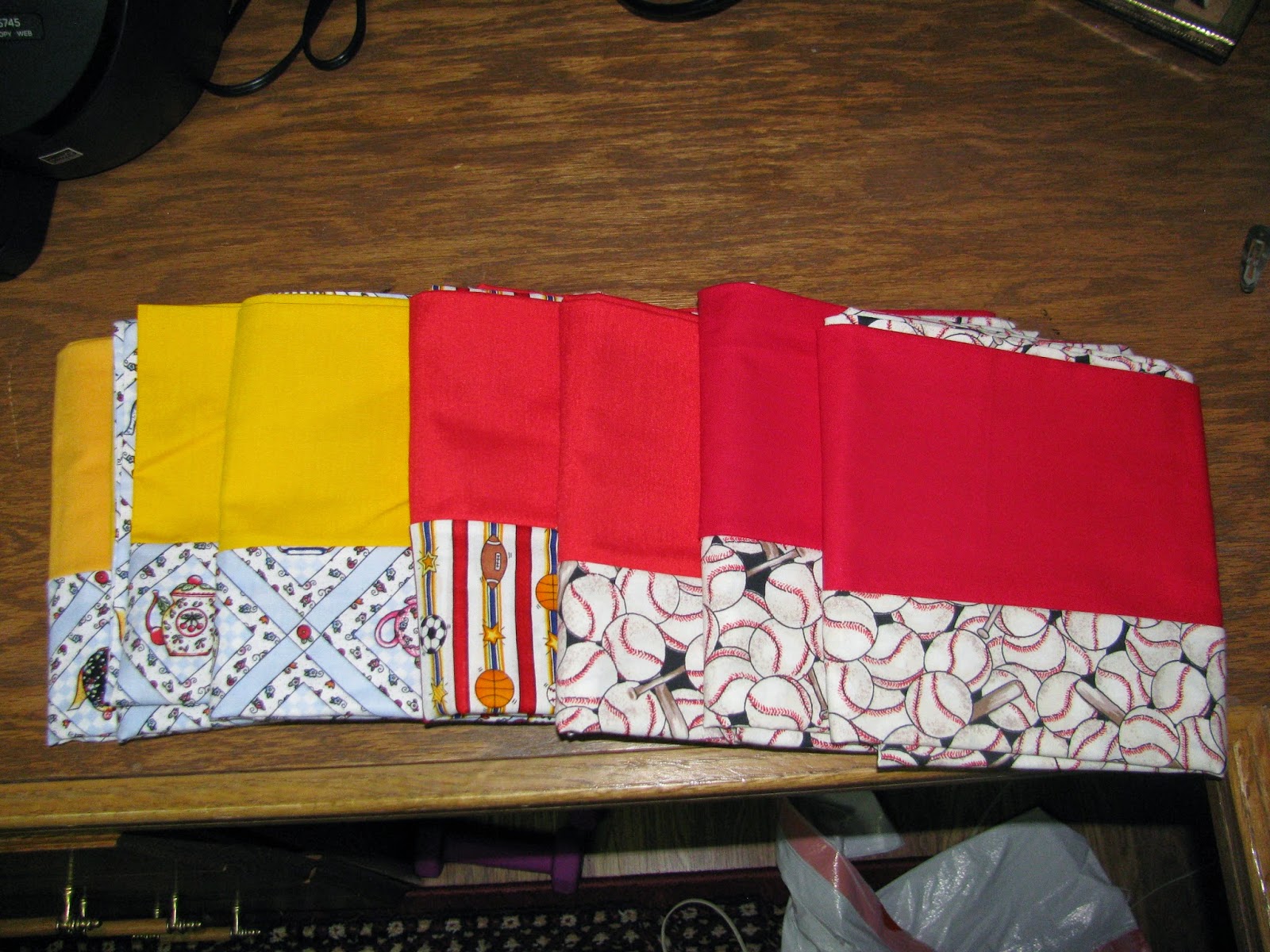 Some were adult themed, some were children themed.  All will be loved and used! 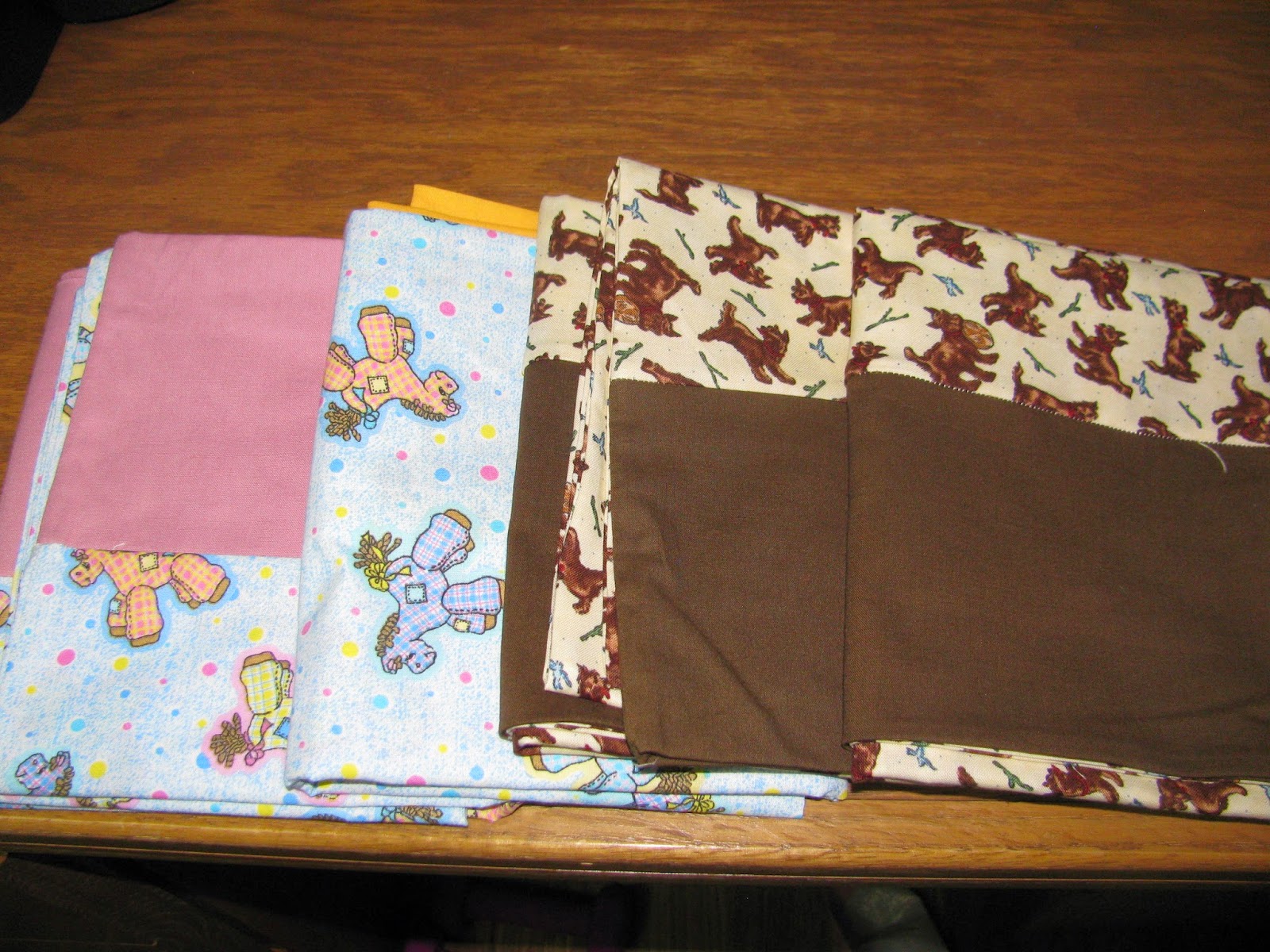 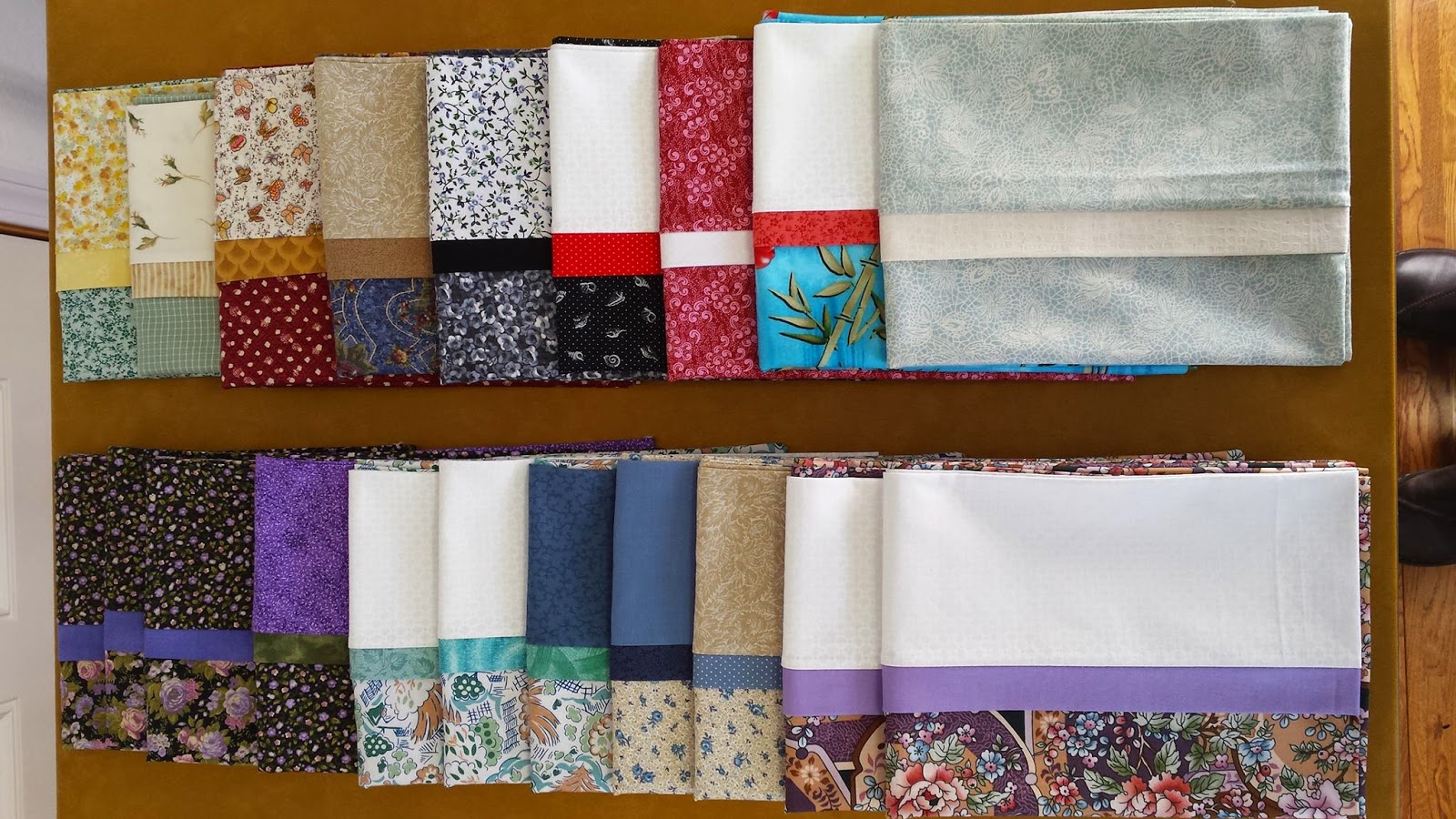 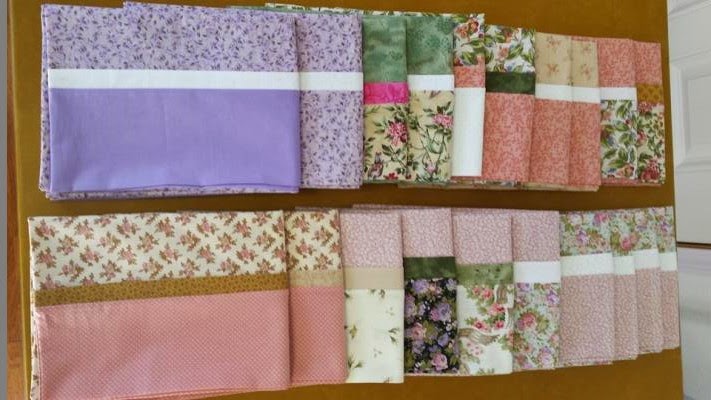 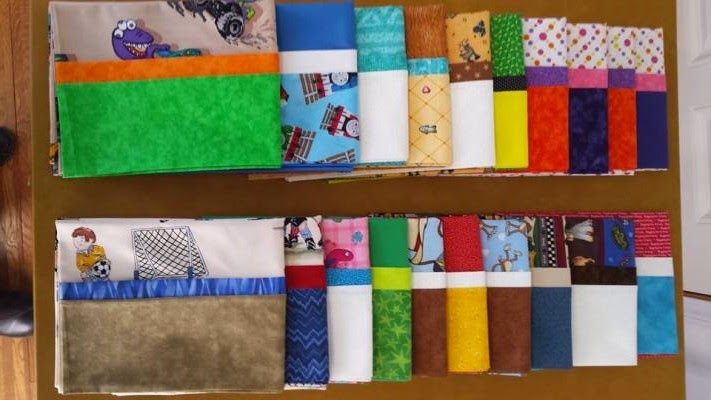 Marcia has a unique personal challenge going on this year.  Earlier this year she turned 60.  She decided that she was going to celebrate all year long by doing 60 activities of fun.  One of the activities was to sew up 60 pillow cases and donate them to a local charity.  Shortly after she came up with the list of activities for the year I put out this challenge.  So Marcia moved up this activity to help reach the goal.  All I can say is that she must of had steam coming off that serger!  Once again we have a wonderful mix of children and adult pillow cases.  All truly beautiful and wonderful!

Officially these are pillowcases 88-148. 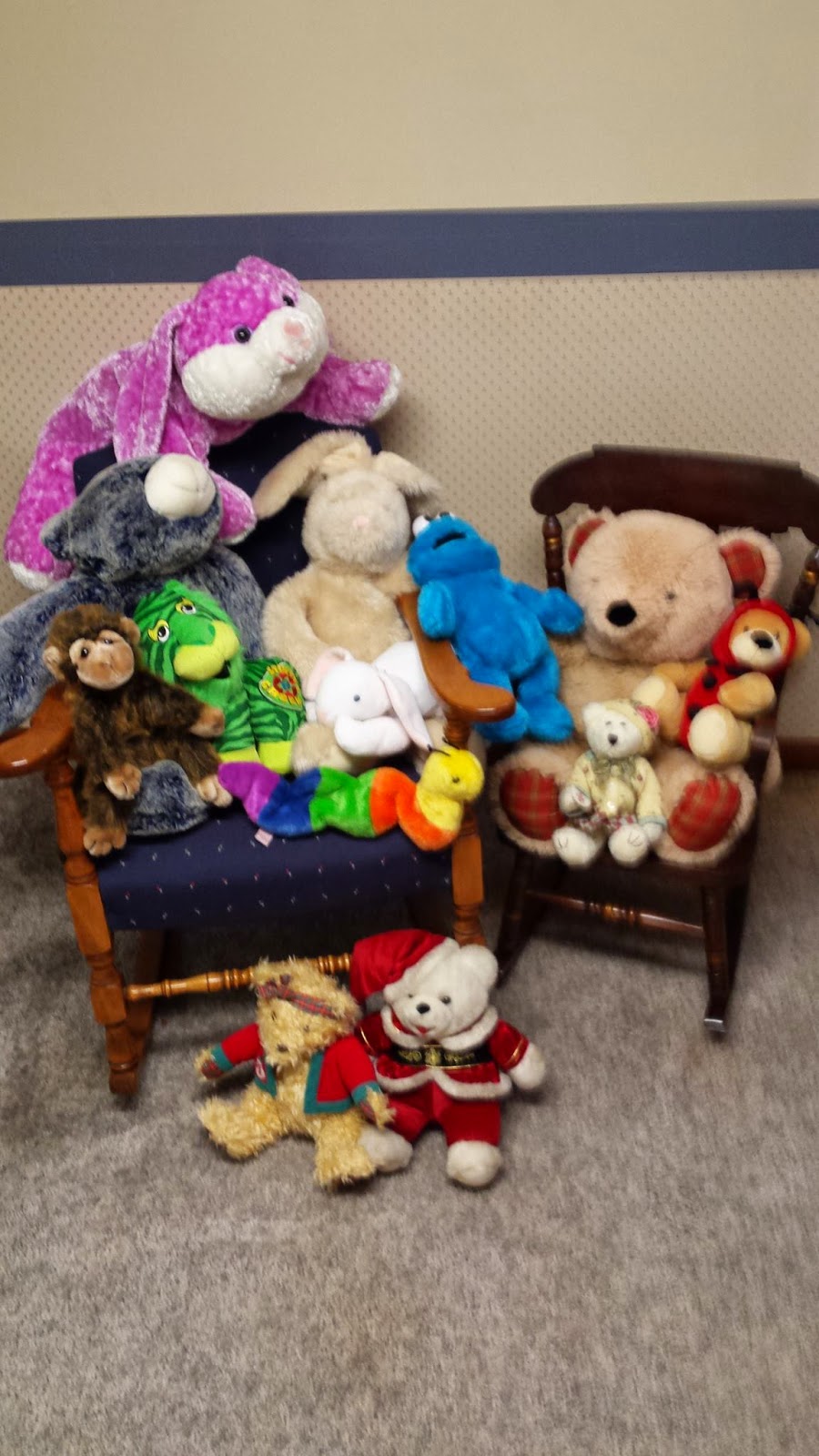 You would think that the pillow cases would be enough.... I think it was above and beyond enough....Marcia talked with her father Stan. You see Stan loved a good auction or yard sale.  When there were bargains, Stan snapped them up.  Stuffed animals happen to be something he found on a regular basis.  Marcia convinced him that Iowa Comfort might be a good place to donate part of his collection.  So these guys came back to Marcia's house where she got them all freshened up by washing and drying them.

Now the real fun was the day after my ladies afternoon.  It happened to be grocery day and I hadn't unloaded my car yet.  Which means hubby saw the back end full!

I quickly explained that as soon as I got everything photographed that I would get a delivery over to the center.  (I had just got everything into one room, and now I had things spilling over into other rooms again.) Lucky for me Marcia and Diane told me I could use their photo's so I could get that delivery made quickly.

They were so grateful for the pillow cases!  I have to say though it was the toys that touched them so much on that day.  They were getting ready to make Easter baskets for the children, and they were having issues filling out the baskets.  These toys came at the perfect time.  I know each and everyone is going to make a small child happy this weekend.  Love it when things like that work out.

Hope you all have a wonderful week.