I loved visiting my sister and brother in law In Anchorage last week.  The only thing that I didn't love was the getting there and the getting home.

Danie and I had 3 days packed with adventures.  I took 152 pictures, but I won't bore you with them all.  Just a couple of my favorites.

Danie and I did go to two quilt shops while I was there.  I learned something very important.  I must remember that quilters have their own language.  Can't tell you how many times I saw a deer, or should I say moose...after all I was in Alaska, in the headlights look on her face.  Eventually she would just ask me for the translation and I started pointing to what I was talking about when I used terms like sashing, cornerstones, focus fabric ect.

The shops were on the SMALL side, and I was disappointed that there wasn't much wildlife fabric.  I did find one shop sample that I really liked, but not in their colors or the size that they had it made up in.  I told them that I wanted to buy the fabric there but I wanted to make it king sized rather than a throw.  I was promptly told that pattern was only available in the kit.  They didn't even offer to let me look at the pattern so I could make sure I was purchasing enough fabric.  Not very good customer service as far as I am concerned.... I just hope I did the math correctly and bought enough fabric. 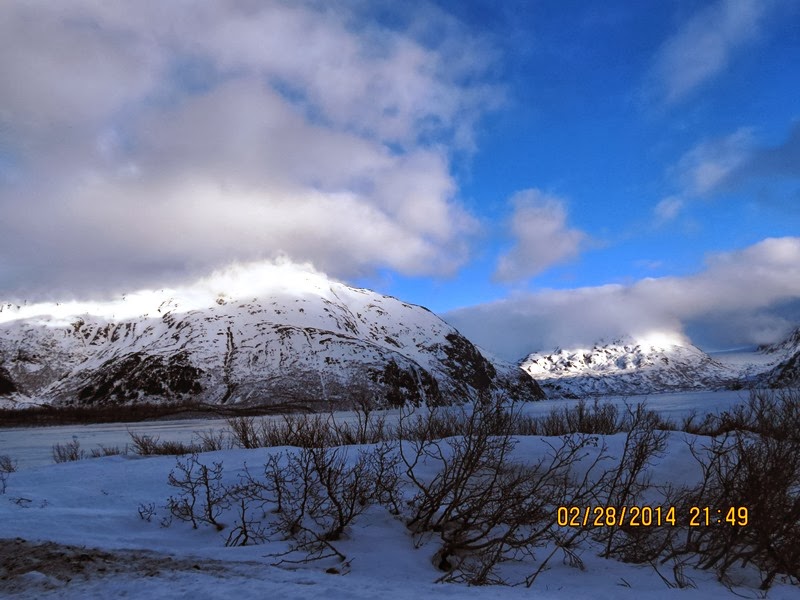 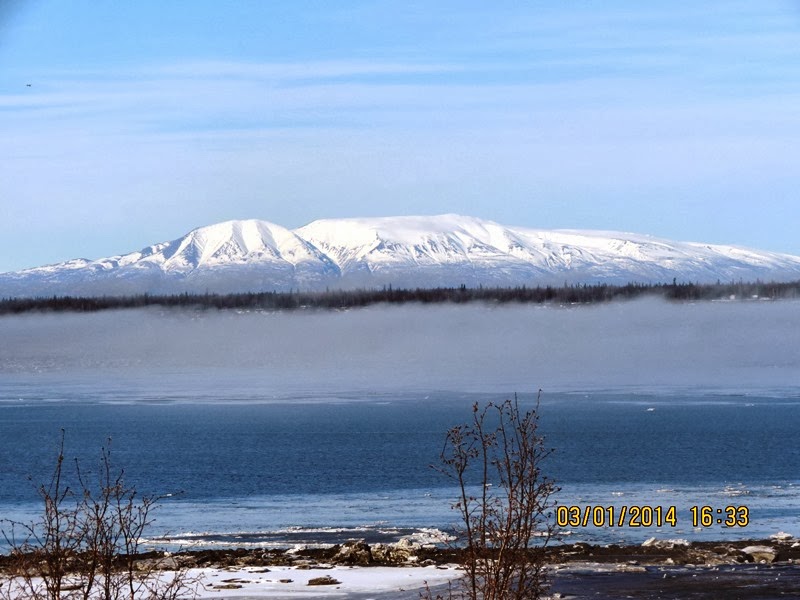 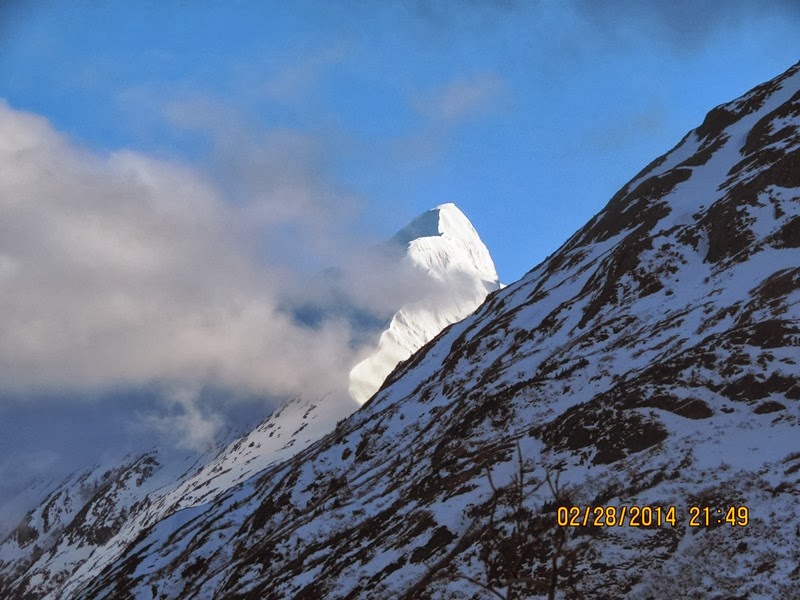 Have I ever told you guys that I find mountains majestic?  I could have spent every minute of the trip just looking at them.  The top picture and the bottom picture was at a park just about 30 minutes outside of Anchorage.  Although the I didn't get them in the pictures there are glaciers on the right hand side.  Danie says that the glaciers have really receded in the 20 years that she has been there, so sad.

The middle picture is of Sleeping Lady.  The legend is that the lady's love was killed at war and she was so distraught that she laid down on the mountain top and fell into a deep sleep.  According to the legend she will reawaken when the world is at peace and there is no war... 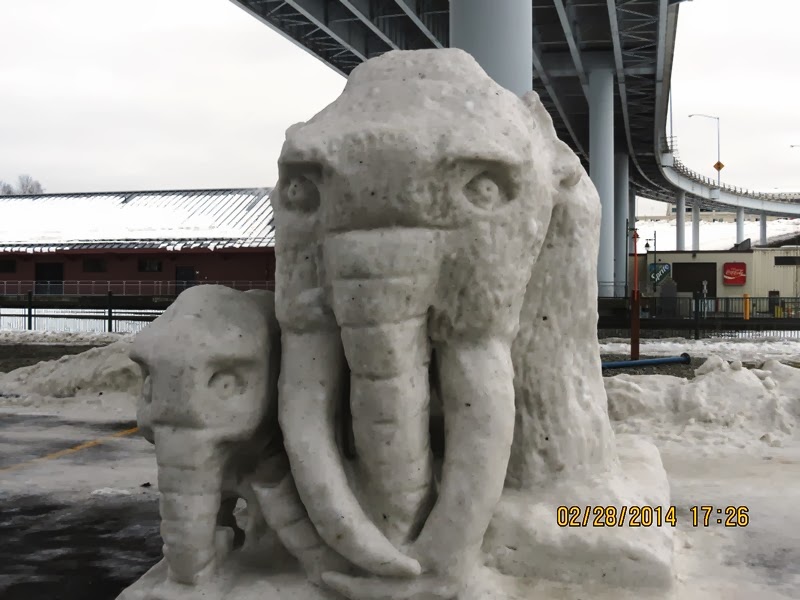 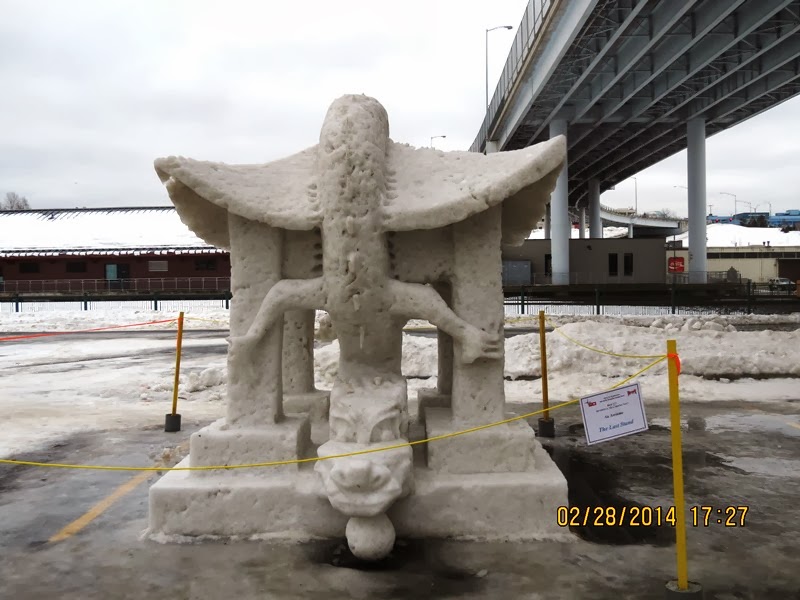 We also went to see the snow sculptures.  There were about 25, these were my two favorite.  Since Anchorage was having temps in the high 30's... many of the sculptures were rapidly deteriorating. I feel fortunate to have been able to view them when I did. 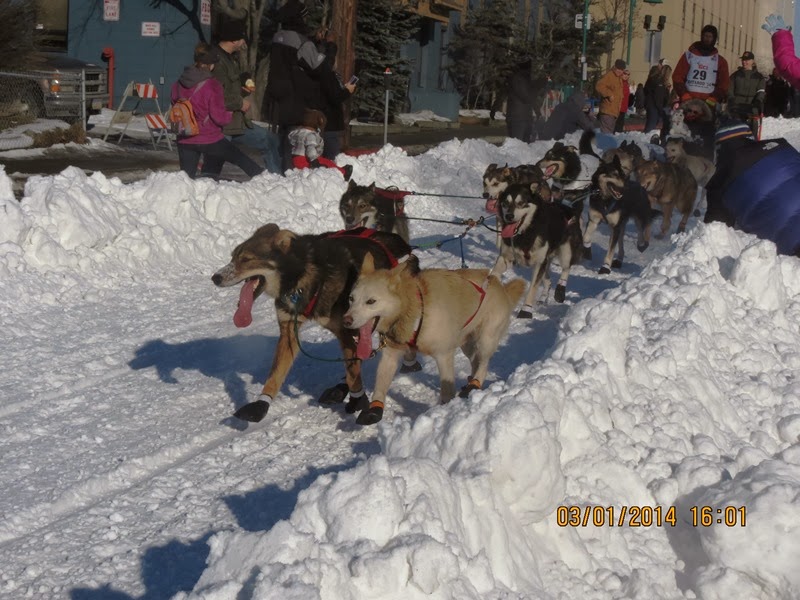 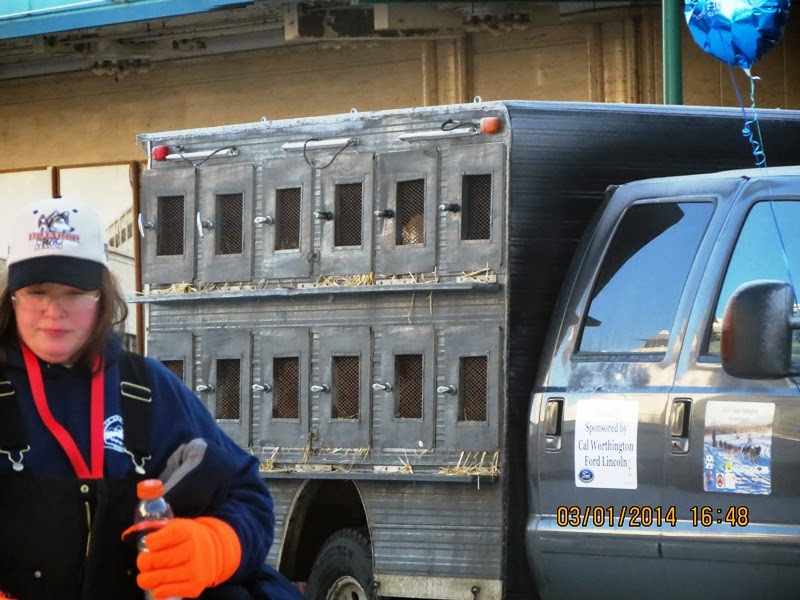 On the third day that I was there I got to watch the ceremonial start of the Iditarod race.  69 teams all mushed a 20 mile course through the Anchorage city limits.  The night before the city brought in snow and built up a course for the mushers.  I was surprised at how small the dogs were.  I expected to see Hollywood's version of dog teams...large Huskies and what not.  You can tell how small those dogs actually are when you look at the way they are transported.  Those cubbies look SMALL!  Obviously there is no way to pass on this course.... so 60 miles north of Anchorage the race is restarted the next day.

The last night before I traveled home I went to a melodrama that my sisters mother in law was in. 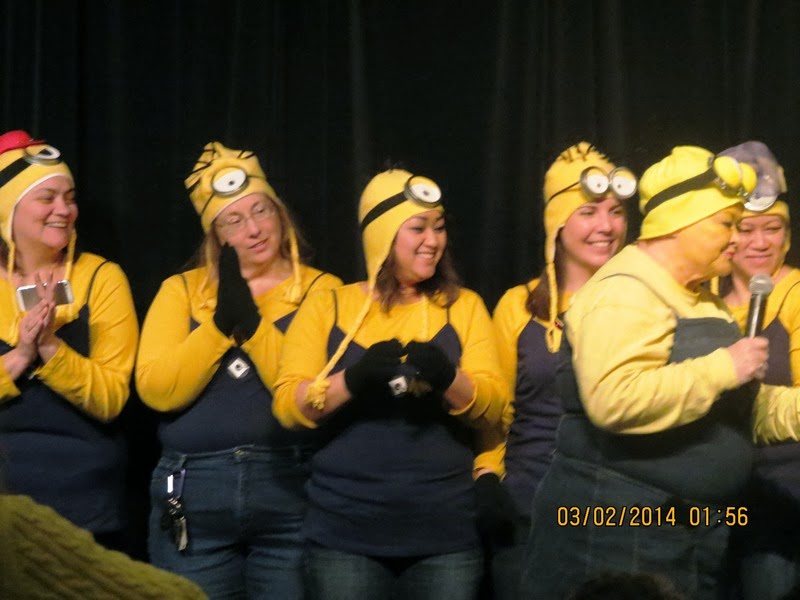 That is her with the microphone.

Anchorage has a wonderful woman's choir that she belongs to.  The choir travels all around the world in competitions.  They use the festival, and the play to help fund those travels.  They learned several years ago that ticket sales alone would not support all of their travel.  So they started selling popcorn also.  Last year they sold $50,000 worth of popcorn during their performance.  No worries not much of it actually gets eaten.  It is mainly for pelting the cast and fellow audience members with.  I had popcorn in places I am not even going to tell you about....it even got into my zippered shut purse. 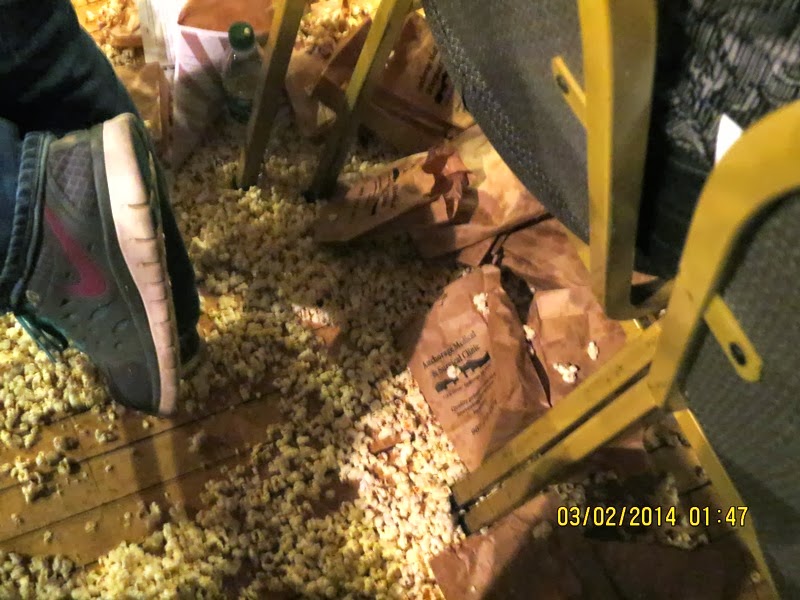 This is the floor at intermission time.......

Well I am going to stop rambling and just say it was a great trip.

I will be back to regular posts next week.

Have a great week everyone!