The view from a three year old's eyes

This past weekend Owen visited.  He is my three year old grandson, and is really coming into the "WHY" stage.  I am sure you all remember that stage well.

Owen decided that 3:00 am was the perfect time to rise and shine Sunday morning.... so needless to say by 9:30 he really could have used a nap.  Owen does not take morning naps anymore and I really didn't want to mess up his afternoon nap for his parents.

We decided it would be the perfect time to sort out all the Beanie Baby's that have been donated by theme.  Allowing me to quickly find a toy to send along with the Hope Quilts.  Well that was the plan anyway.

You know the old saying make a plan....stand by and watch it fall apart. 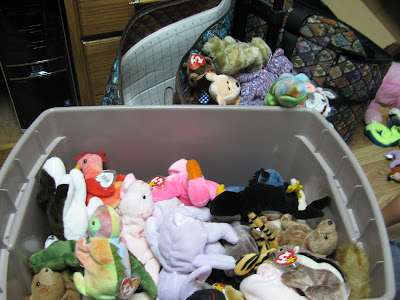 We started with this container full to the rim, along with another small basket. 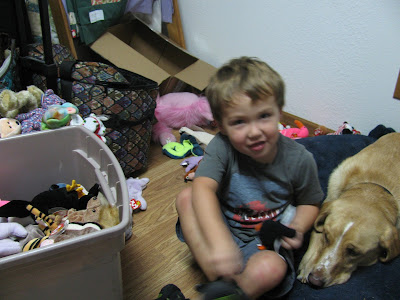 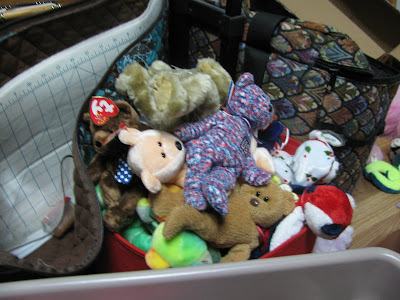 Owen and I were pretty much in agreement of the Teddy Bear category.  We ended up filling two containers of them, altho he did questions many of the colors as not being bear colors. 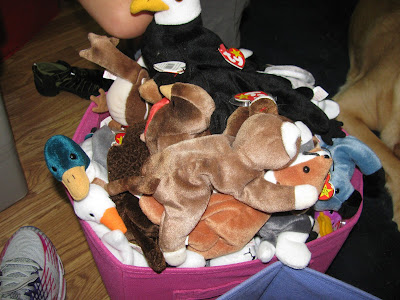 The farm animals took some negotiating.  Owen said he had never seen a buffalo or eagle on a farm.  I tried to explain that they would not be in the sea or jungle so they needed to go with the farm animals.  He let me have that one but only because he was digging his heels in on the next sortation. 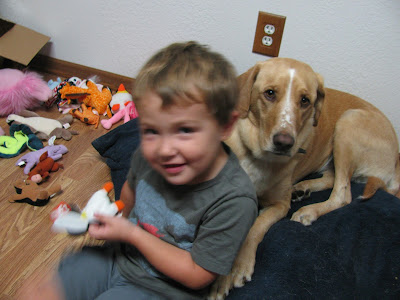 Hawkeye was supervising the entire operation. 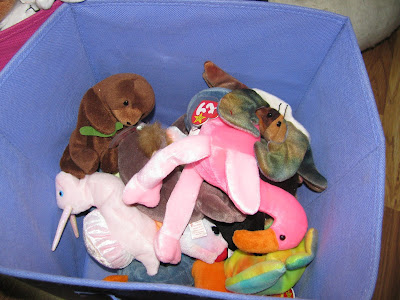 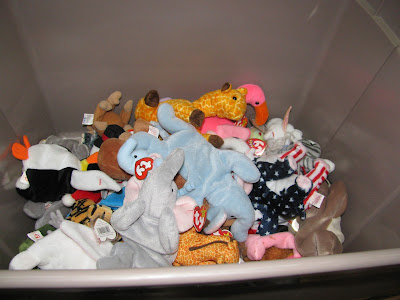 When it came to the sea and jungle animals, he insisted that we had to add a new category.  If he has seen the animal at the zoo, they all needed to be together.  So the penguins, lions, flamingos and elephants all got put into one bucket.  Separate from the octopus, snails and crabs. 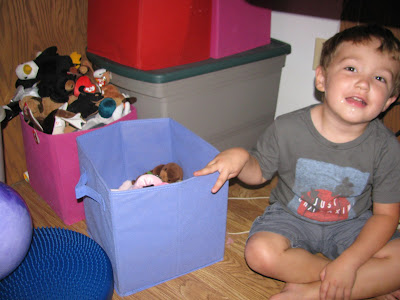 When it was all said and done we have 5 containers sorted (well sort of) to make it easier to find the perfect beanie baby.  Owen stayed awake, and I was in awe of his reasoning abilities and his ability to defend his thought process.

It does appear that the school was able to come up with a couple of students to volunteer some time.  I think I will delegate finding the appropriate beanie baby to them.  {wink wink}

This past week I have finished a twin size bed quilt, and two of the Christmas lap quilts.  I also worked on a quilt for my granddaughter that is do next month.  I am going to get that one quilted before I head out to New Orleans this weekend.

Hope to show you some of the finished projects in my next post.... if not you may see shots of New Orleans.